Photographs of the Left In Vision 3 launch 03-06-09 at Marxism 2009, courtesy of Richard Peacock and Nancy Lindisfarne

Left in Vision 3 at Marxism 2009 was a huge success. The standard of work was very high and the exhibition was very warmly received - see the extraordinary Comments Book posted below. Hundreds attended the launch and there was a steady stream of visitors throughout.

One important aspect of the exhibition not reflected here ( I hope to post pictures soon) was the installation of David Garner's 'B for Defiance!', an exact replica of the Arbeit Macht Frei sign from the gates of Auschwitz, on the grass near the Institute of Education. On Sunday (5 July) we staged a mass walk over this sign, as a way of saying 'Never Again!'. Hundreds of people took part and it turned into a spontaneous anti- BNP demo. The procession was led by socialist sculptors, May Ayres and Chanie Rosenberg (who lost family in the Holocaust) and was both moving and inspirational.

I also want to thank Tim Evans, who made three poetic contributions to the show: at the Launch with his stunning 'Do you want some?' based on the disability benefits form (which is also part of Roxanne Chappell's benefits office installation 'We Need to See Evidence of This'); at the David Garner walkover with his Response to Arbeit Macht Frei, and as part of the Sunday lunchtime 'Poems for the Economic Meltdown' session with Huw Pudner, Phil Knights, Claire Cameron and Nicola Field - who are also thanked.

Particularly nice was to have an Egyptian section of the show with great drawings (Nessma El Aasser), photos (Hossam al- Hamalawy, Nasser Nouri and Sarah Carr, and Yasser Alwan) and posters (Mohammed Gaber).

By far the most ambitious and difficult thing we did was transport (from Portsmouth) and bulid in ULU, Roxanne Chappell's brilliant 'Evidence' interactive installation. This was a stunning success thanks to the work of Roxanne herself, but also to the work and help of many others. 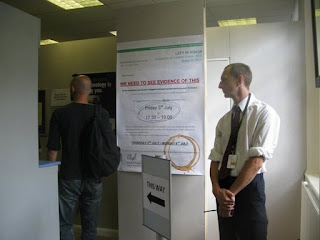 Roxanne Chappell, We Need to See Evidence of This 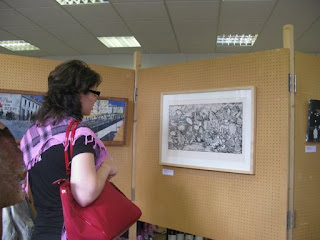 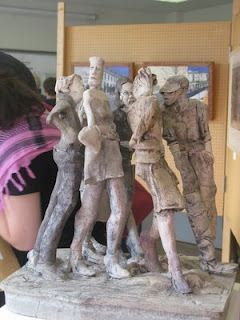 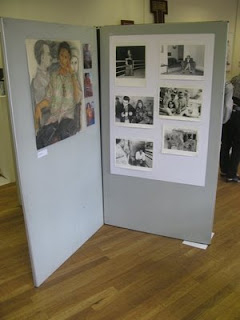 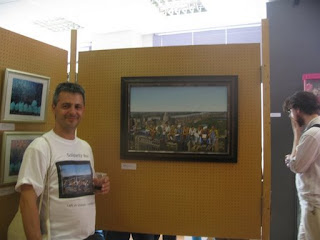 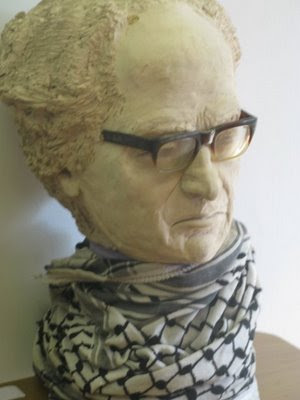 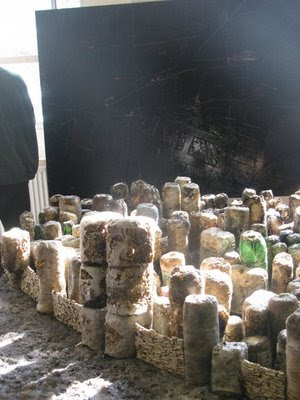 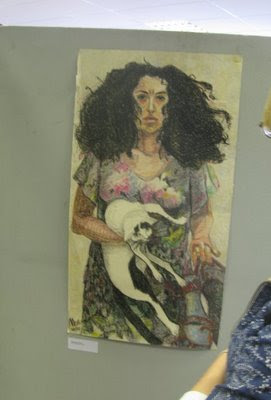 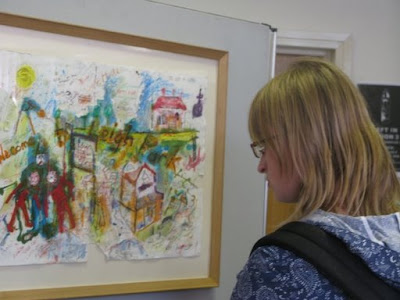 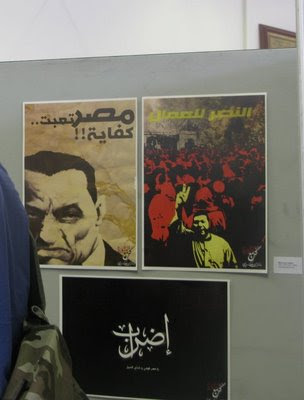 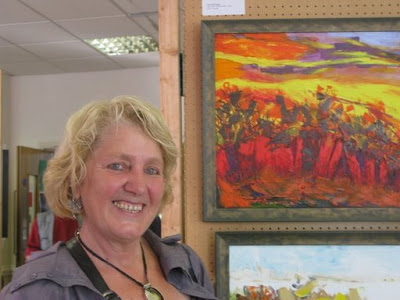 Anna Paczuska with her work 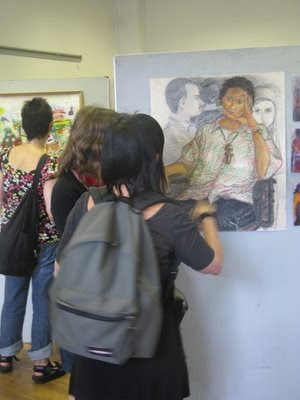 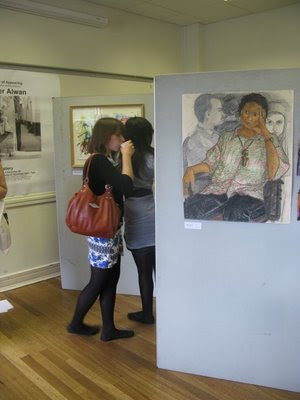 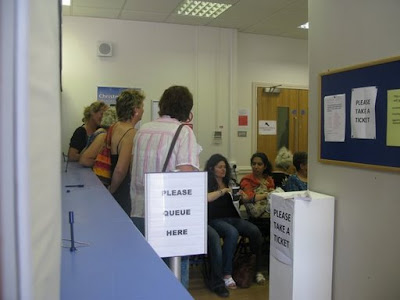 Roxanne Chappell, We Need To see Evidence of This 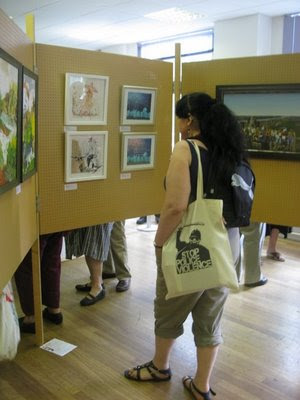 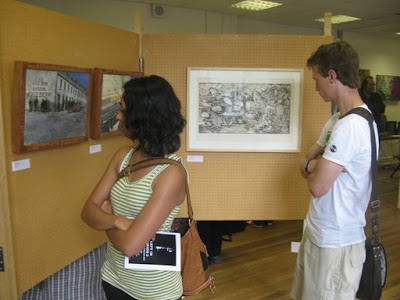 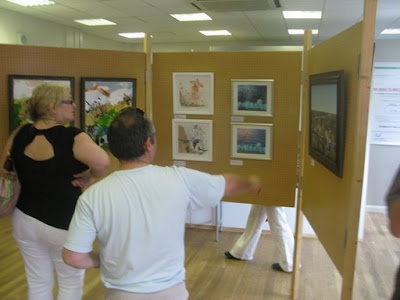 I completely agree with everything you have printed here.